In the second edition of Here and Now, our new weekly music programme, Katee Kross welcomes Glasgow duo the Tweeds as her guests. 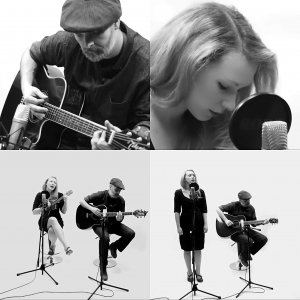 The Tweeds are a husband and wife duo from Paisley. Petra Taylor has been working within the entertainment world for 14 years, having been in function and wedding bands most of her adult life. In 2016 she began putting music to the many lyrics she had hoarded over the years. Scott Taylor has been playing guitar for over 20 years and is influenced by BB King and a whole host of blues legends.

Since early 2017, Petra and Scott have been writing together and gigging around Glasgow. Their musical influence comes from jazz and blues but they are fans of most genres. In November last year, they played their first gig at King Tuts Wah Wah Hut supporting the amazing Holy Moly and The Crackers. This summer they will be releasing their first EP.