Glasgow based singer songwriter, Craig White is Katee’s guest on this week’s Here and Now. 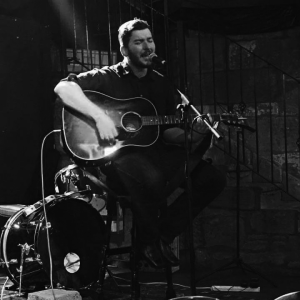 Craig White first emerged on the Scottish music scene in 2004 with alternative/rock band Mellifluous. He took his first steps into a new solo direction in February 2012 when he departed from the band to pursue a new style of playing he had become fond of. He is a big fan of Elliott Smith, John Martyn & Nick Drake which can be heard throughout his songwriting and singing styles

Craig has released two E.P’s to date: 2012’s “Made up Stories” & 2016’s “Snow” and after a hiatus of over 3 years, Craig came back with a whole new catalogue of material and has been playing across the UK since then. He has recently formed a new band called Red Hearted Vibrations, who will be releasing a new single soon and Craig is launching his own new solo album on the 19th of May in the Old Hairdressers in Glasgow.