On this week’s Full Scottish, guests, Gaelic singer and broadcaster. Joy Dunlop and playwright, Peter Arnott discuss the important events in the news, from the National plan for Gaelic, to the passing of the Scottish Social Security Bill, to Korea, Trump and Windrush.

Expect thoughtful and intelligent analysis and some beautiful Gaelic singing from Joy. 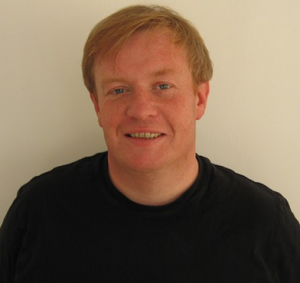 Peter Arnott was born in Glasgow in 1962. He began his career at the Traverse Theatre in Edinburgh in May 1985 with White Rose. That same month his play The Boxer Benny Lynch opened in Glasgow Arts Centre.

Other theatre work includes: Muir and Losing Alec (Tron Theatre); The Breathing House (TMA Best Play Award, 2003, Lyceum Theatre Company); A Little Rain, (7:84) and Cyprus (Mull Little Theatre and Traflagar Studios); his many adaptations include Neil Gunn’s The Silver Darlings (His Majesty’s Theatre, Aberdeen) which also toured throughout Scotland and was revived at the Assembly Rooms at the Edinburgh Festival in 2010. In 2012 he wrote the script for the Vox Motus/Lyceum production The Infamous Brothers Davenport and adapted Robin Jenkins’ The Cone Gatherers for His Majesty’s Theatre, Aberdeen. He also won a Fringe First in Edinburgh in 2012 with Why Do You Stand There in the Rain?, performed by students from Pepperdine University in California. His first Radio Play, The Genesis Rock, was recorded in 2013, and his Janis Joplin: Full Tilt debuted at Oran Mor in November 2013 and has toured extensively. He is the writer of some 40 professionally produced theatre plays. His latest are Propaganda Swing for the Belgrade Theatre in Coventry and Ensemble, an experimental play for Edinburgh University. He has recently written for small casts. Face and Shall Roger Casement Hang? and His Final Bow have all premiered in Glasgow in recent years.

He has written songs and screenplays and television scripts though his main focus has remained live performance, including large and small scale community projects, and has a special interest in international groups, working with refugees at the Citizens Theatre in Glasgow. This included his Trilogy of Classical European Adaptations: Full of Noises, The Court of Miracles and House of Murders. In 2010, The Court of Miracles was revived for a Peter Arnott Season at Scottish Youth Theatre along with a new commission for a cast of forty young people, Jerusalem – The Song of Deeds. In 2015 his first novel, Moon Country, was published by Vagabond Voices. 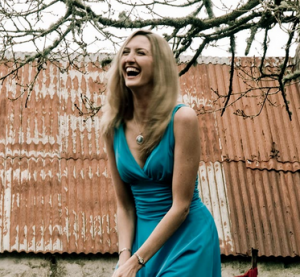 With an exquisitely expressive voice and a deep connection to the traditions of the Scottish Highlands, Joy Dunlop is one of today’s foremost Scottish Gaelic singers. A vocalist renowned for her ability to breath freshness into the most traditional material, Joy translates ancient Gaelic musical traditions into the twenty-first century with elegance and grace. The emotional power of her singing needs no translation, speaking to audiences across the divides of language and history in a voice as luminous and compelling as the landscapes of her native Argyll.

Raised in the small village of Connel on the west coast of Scotland, Joy was steeped in the musical traditions of Argyll since childhood. While maintaining a deep connection to these roots, she has risen to great honours as a vocalist, with a string of awards including the Royal National Mòd Gold Medal and two consecutive nominations as Gaelic Singer of the Year. Her debut album Dùsgadh (Awakening) received high acclaim on both sides of the Atlantic, including being named the Scots New Music Roots Recording of the Year and winning the and the Fatea Tradition Award. A seasoned and spirited live performer, Joy has toured from Europe to North America to New Zealand and performed at international festivals including Celtic Connections and Celtic Colours.

A passionate ambassador of Gaelic language and culture, Joy is also in demand as a television presenter, dancer, journalist and educator. She recently joined acclaimed Scottish duo Twelfth Day on the collaborative album Fiere and has also lent her talents to recordings with numerous other international artists. Her signature across all her work is the generosity with which she shares her culture and the elegance she brings to her interpretations.

Still, it is in her music that Joy focuses the brilliance of her voice and breadth of her knowledge on the material closest to her heart. The result is music deeply grounded in the Scottish authenticity and tradition yet infused with the energy of a new generation, all lit up with the passion and power of Joy’s shimmering voice.