On the Full Scottish this week, Corri Wilson is joined by guests Douglas Chapman MP and Dr. Craig Dalzell, Head of Research for the Common Weal.

Just when you thought that the Brexit debate could not get any more absurd, along comes the delayed “Meaningful Vote” and a record 432 to 202 defeat for Theresa May’s plan, followed by a Motion of No Confidence in which Jeremy Corbyn managed to snatch defeat from the jaws of victory. Theresa May’s response was to invite the leaders of the opposition parties for face to face meetings to discuss the way forward, however while she was doing her listening to other parties thing, she announced that she would present a revised plan to parliament on the 29th January, kicking the Brexit agreement down the road for another 2 weeks, despite a Commons vote requiring her to return to Parliament within 3 days to set out the way ahead.

In the meantime, the default position of a no-deal Brexit is getting closer and the complete failure of planning for such an eventuality is beyond parody and yet, despite their ineptitude, the government blusters on, refusing to take a no-deal Brexit off the table and insisting that Britain will be able to cope. Except of course for those who are unable to get their medication or whose Universal Credit will not be enough to cover the higher cost of putting food on the table to feed their children.

The ferry fiasco rumbles on, but despite all the money being spent on ferry contracts, not one of the ferry routes included in any of the contracts is to a Scottish port. The DFDS contract for services to “east coast ports” only covers ports on the east coast of England.

When it comes to Universal Credit and Pensions the government has a very unique way of using words which say one thing and seem to result in the opposite. Despite Amber Rudd stating the government were going to cap the roll-out of UC at 10,000 people, there are already more than that number now on UC in Scotland alone. We should have been listening when she said managed migration, which includes a much smaller group of benefits recipients. And then, while everyone was looking at the Brexit burach, they slipped out the changes to pension credit, which will result in some pensioner couples losing about £7500 a year; this on top of the increase to pension age which has affected the WASPI women so badly.

So where now for Scotland? As pro-independence activists look on with incredulity at the shambles of the government in Westminster, their demands for an independence referendum are now getting more urgent, but, is the urgency of the situation yet reflected in the wider electorate. There is much discussion about the need for another Section 30 order and if WM denies Scotland another referendum, theories about what Nicola Sturgeon should do next, but there also many who are cautious about calling for a vote until they are sure there is enough support to win this time. We are living in interesting times. 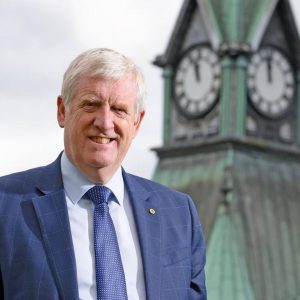 Douglas Chapman MP is the SNP MP for Dunfermline and West Fife. He was born in Edinburgh in 1955, and grew up in Livingston and West Calder. He attended West Calder High School and has lived in the Dunfermline area since 1990, serving as a councillor for Rosyth and North Queensferry ward on Fife Council for nine years before becoming an MP. He is married with two children, and supports Hibernian FC. 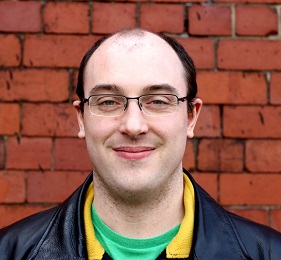 Dr. Craig Dalzell is Common Weal’s Head of Policy & Research and has been part of the team since 2016. His background is in laser physics but through a strange series of events after the 2014 independence referendum he found himself in the world of politics, economics and statistics. His hobbies include playing the tuba and practicing archery but you’d never believe him if he listed all of them.