On the Full Scottish this week, Corri Wilson is joined by journalist and commentator Kevin McKenna and Scottish Green Party Co-Convener and their lead candidate in the EU Elections 2019.

With Theresa May being given her marching orders by the tories backbench 1922 committee, Labour have ended talks with the PM on a Brexit deal, realising that the next tory PM might be Bojo the Clown, who would be likely to rip the deal up anyway. Positioning himself for his leadership bid, Matt Hancock has warned that the tories risk being wiped out in a General Election – sound like a winning strategy.

Of course as we go into the final week of the EU Election 2019 campaign, you might have expected Labour to be benefiting from the tory Brexit chaos, however, it turns out that they cannot agree a unified position within their party.

In Scotland it is looking like there could be a high turnout with 4 seats going to pro-independence parties, with the SNPO being predicted to win 3 seats and the Scottish greens winning their first ever MEP from Scotland.

A predicted win for the Labor Party in Australia has failed to turn into reality, with Scott Morrison holding onto power.

The Grenfel Tower Inquiry Report will be delayed until October, angering survivors who had been promised it would be published by this spring. The delay has been put down to the complexities of the evidence, making it difficult to conclude recommendations. The delay has also affected the second phase of the Inquiry into the future of Grenfell Tower.

Do rich trophy hunters paying to kill wild animals contribute to conservation or is that just an excuse for the indulgence of some people’s blood lust.

This week, ITV pulled the Jeremy Kyle show. Is this the end of this type of exploitative reality TV show and what type of TV programmes would you like to see replace it? 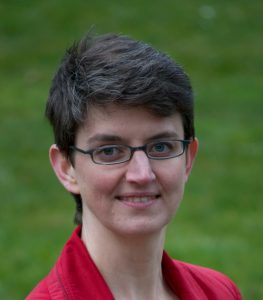 Kevin McKenna is a journalist and commentator. He is a former deputy editor of the Herald and executive editor of the Daily Mail in Scotland.