On the Full Scottish this week, Corri Wilson is joined by Professor Aileen McHarg, Professor of Public Law, Strathclyde University and by Ronnie Cowan, SNP MP for Inverclyde.

After narrowly winning a no confidence vote of her own party, Theresa May was off on her travels again to try and persuade EU leaders to negotiate a deal they have already said is no longer negotiable. She seems to believe the only problem is the backstop, again something which the EU has said is non negotiable, but it goes much deeper than that.

What will happen now that Theresa May has seemingly won the backing of her party. Jeremy Corbyn was being encouraged to trigger a vote of no confidence in her government but believes now is not the time. Would he secure enough votes to see it through?
Meanwhile the Scottish Government’s continuity bill was found to be constitutional but that some parts were outside its remit. Interestingly it seems that these parts have been put outwith the competence of the Scottish Parliament since the bill was passed. Brexit Secretary Mike Russell accused the UK Government of changing the goalposts.

Away from the clusterburach of Brexit the Scottish government presented its budget to Parliament. Those earning under £27,000 will pay less tax while those earning above £50,000 will pay around £1,500 more.

The latest figures on homelessness in the UK make for depressing reading with child homelessness in England rising to its highest level for 12 years and homelessness up by 67% in Wales. Scotland however is bucking the trend with a 6% reduction in homelessness. An improvement but there are still too many as anyone who walks the streets of our city centres will tell you.

And finally, David Dimbleby took his final questions from the Question Time audience this week. With a new chair in the hot seat and rumours of a Scottish style question time on the new Scottish channel we look at the hosts and the format. 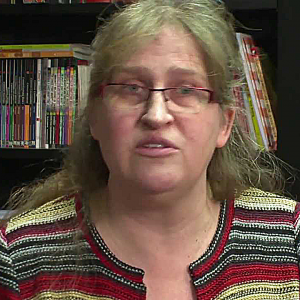 Aileen McHarg is Professor of Public Law at Strathclyde University. Her research interests lie in regulatory theory and practice, particularly in relation to energy utilities and climate change.

She has written widely on UK and EU energy regulation, on questions of institutional design, regulatory accountability and consumer representation, and is currently focused on the promotion of sustainable energy. 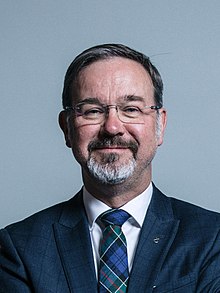 Ronnie Cowan is the Member of Parliament for Inverclyde having been first elected in 2015 and retained the seat at the 2017 General Election. Ronnie is from Greenock and after leaving school he got a job as a trainee computer operator at Playtex in Port Glasgow, and went on to build a career in IT, latterly running his own company which focussed on finding IT solutions to business problems.

He is a member of the Public Administration and Constitutional Affairs (PACAC) Select Committee and Transport Select Committee. Alongside this, he is vice-chair of the All-party parliamentary groups (APPG) on Fixed Odds Betting Terminals; Kidney Group; Drug Policy Reform; Medical cannabis under prescription. He is also a member of the APPGs on autism and Scottish sport. His political interests include Drugs policy reform, employment, gambling related harm, prostitution laws, renewables and universal basic income.