On this Sunday’s Full Scottish, expect a lively and interesting discussion as Richard Walker and Suzann McLaughlin are joined by arts producer and visionary , Jean Cameron and writer, commentator and thinker, Gerry Hassan with music from Charly Houston. 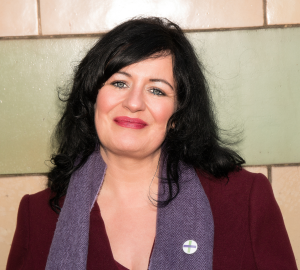 Jean Cameron is a proud Paisley Buddie who, in her most recent role as Project Director for Paisley 2021, led her home town’s bid to be the first town ever shortlisted in the UK City of Culture competition.

April 2018 welcomes in an exciting new phase for Jean as an independent and she’s delighted that her first first freelance project will be as National Co-ordinator (Scotland) for PROCESSIONS 2018, a UK wide mass participation artwork celebrating one hundred years of votes for women, produced by Artichoke.

She worked at Glasgow 2014 Commonwealth Games as International Producer for the Cultural Programme. She is particularly interested in collaboration – both across art forms and inter-cultural. She has shaped key festivals on the Scottish cultural calendar including the Glasgow International Festival of Visual Art, Glasgow Mela and Aye Write! Book Festival and was a judge for the SAY award 2016 ( Scottish Album of The Year award).

Jean has been privileged to represent Scotland professionally internationally including as Producer for Scotland’s Presentation at the Venice Biennale 2005 and on the British Council’s Cultural Leaders International Programme, at the BOCAS literature festival in Trinidad and the GIFT Festival in Tbilisi ( Georgian International Festival of Theatre). 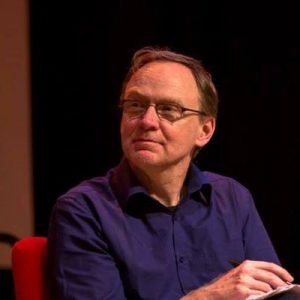 Gerry Hassan is a writer, commentator and thinker about Scotland, the UK, politics and ideas.

Author and editor of numerous books; an academic at Dundee University, organiser of numerous events and Scotland’s Festival of Ideas – Gerry in the indyref identified and came up with the concepts ‘the third Scotland’ and ‘the missing Scotland’ and ‘missing million’. He is currently writing a book on a history of the Labour Party and Britishness.

Music this week is from singer songwriter Charly Houston. 22 Year Old Charly has almost 10 years experience as a live and recording musician. She was the 2016 Danny Kyle Award Winner as part of Glasgow’s prestigious Celtic Connections and is definitely one to see live.