Join Corri Wilson and guests Martin Docherty-Hughes, MP for West Dunbartonshire and Ellen Hofer from European Citizens for an Independent Scotland fo in-depth discussion and analysis of the big stories in the news.

Westminster returned to discussing Brexit ahead of the delayed meaningful vote which will now be held this coming Tuesday. Theresa May’s deal looks like being defeated and the only question seems to be by how big a margin that defeat will be? The Prime Minister then has to return to face parliament within three days, but what will she be able to offer to get her deal through? Given that it’s taken two and a half years to get to this point, the EU are unlikely to offer much by the way of change and at this point, eyes will turn to Labour to and whether or not they can succeed in a vote of no-confidence.

Teachers are a step closer to balloting on strike action. Scotland’s biggest teaching union the EIS have been fighting for a 10 per cent pay rise and say its patience is exhausted. The decision to ballot teachers came despite the Scottish government putting forward an enhanced deal on Thursday, offering nine per cent then three per cent in April 2020.

Local authorities including Highland, Aberdeen and Edinburgh council are looking at the idea of a tourist tax to get the cash in after years of cuts. Opponents of a tourist tax have argued that this would lead to folk going elsewhere, but will tourists even notice an extra pound or so on their hotel bill and how would use the additional funding.

Saudi teenager Rahaf Mohammed al-Qunun arrived at her new home in Canada where she was granted asylum. She escaped to Thailand on a family trip to Kuwait and was detained there as her family tried to have here returned to Saudi Arabia and very possibly her death. Her plight has put Saudi Arabia’s guardianship rules in the international spotlight. All Saudi women must have a male guardian who has authority over what women can do including education, travel abroad or marriage.

Scotland’s greatest living sportsman Andy Murray announced his retirement from tennis this week. He admits the Australian open could be his last tournament. He’s been a role model on and off the court winning three grand slams, quietly shutting down casual sexism and never being afraid to show his emotions. 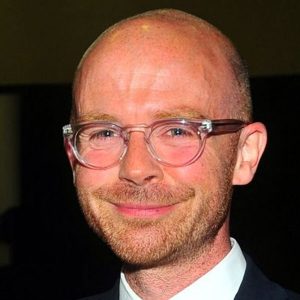 Born in 1971 and raised by his parents in Clydebank, and working from the age of 16, Martin joined the SNP in 1991 being elected as Scotland’s youngest Councillor to the then Clydebank District Council in 1992 at the age of 21. Martin eventually returned to education graduating from GCFT now Glasgow Met with a HND in Business Administration in 1997, earning his Politics degree from University of Essex (the first member of his family to do so) and in 2004 attended the Glasgow School of Art to undertake his Masters Degree.

Martin has continued to be involved in the front-line of politics returning to local government as an SNP Councillor representing the Anderston & City ward of Glasgow City Council in 2012. Until being elected to serve the communities of West Dunbartonshire in May 2015, Martin worked as a policy officer with national body for volunteering, Volunteer Scotland. Since 2015 Martin has been a member of the SNP Westminster Group Defence team and during the 2015-17 Parliament was a delegate to the NATO Parliamentary Assembly. Since the 2017 General election Martin has been re-appointed to the SNP Westminster Defence Team as well as being a member of the U.K. Parliament Defence Committee. 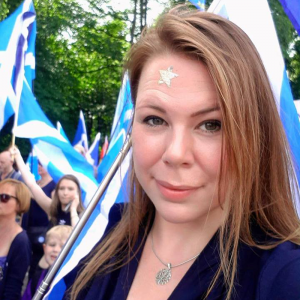