Ken McDonald of iScot Magazine is our guest presenter on the Full Scottish this week and he is joined by Janette Foggo and Daye Tucker.

As the most important EU Elections ever to take place in Scotland get under way, we look at the choices facing the Scottish electorate and consider what the outcomes might be. Will the SNP be able to get enough people out to vote to make a clear statement about Scotland’s place in Europe as an Independent country and will the Scottish Green Party being supported by the Sunday Mail, take votes from Labour and the tories or will it take votes from the SNP and divide the pro-independence vote.

In England, while the Brexit party is topping the poles, Labour seem incapable of making a clear statement of what they stand for as they alienate brexiteers and remainers alike.

The environment has moved much nearer the top of the political agenda in Scotland, As Nicola Sturgeon declares a Climate emergency and this week the Scottish Government rolled back from their plans to cut Airport taxes and the Scottish Parliament voted to introduce a 20p deposit return scheme for drinks bottles and cans. Are the solutions to climate change technological innovation or hair shirt abstinence and what is more likely to get the public to buy-in and support policies to make Scotland carbon neutral?

In America, Georgia has become the latest state to introduce restrictive abortion laws, limiting abortion to the first 6 weeks which effectively outlaws abortion altogether and imposes prison sentences on women found guilty of having or attempting to have an abortion. This attack on Women’s Rights fundamentally removes a woman’s right to choose whether to have an abortion or not.

In Cardiff yesterday, more than 3000 people marched in support of Independence for Wales, taking their lead from last week’s 100,000+ march in Glasgow. Does the colourful public spectacle of these marches reflect the growth in support for independence and do they help to build on that support? 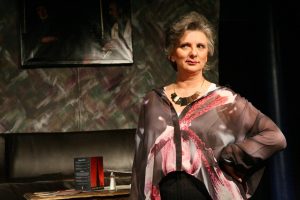 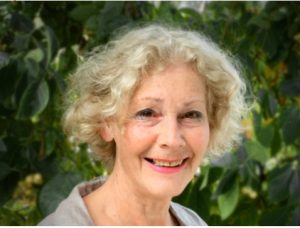 After a career in teaching, living the dream to become a farmer began in 2000. Daye Tucker farms sheep on 400 acres in the Endrick Valley in West Stirlingshire. Like so many new entrants to farming, she farmed without subsidy until 2016 operating on an un level financial playing field.

In 2006 she became a Scottish Enterprise Rural Leader and began to contribute to rural cohesion by joining & sharing links With Rural Stakeholder & Community Groups. Her proudest achievement is her involvement with the creation of the Rural Skills & Agricultural Modern Apprenticeships Schemes.

As Convenor of Killearn Community Futures Company she encouraged the growth & support of many grass roots projects the largest of which was the renovation & expansion of Killearn Village Hall.