On Here and Now this week, Katee Kross is joined by Motherwell singer songwriter, Tommy McGuire.

This week, Katee’s guest on Here and Now is singer songwriter and former member of the 1sotones, Tommy McGuire from Motherwell. 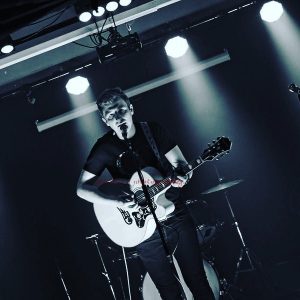 Tommy McGuire studied music at Wolverhampton University and also attended the Academy of Music and Sound in both Glasgow and Edinburgh.

Although he started a little later than some musicians who find themselves with a guitar in hand as a toddler, he is ambitious and keen to give up selling cars for a living in order to pursue music full-time.

Tommy got into music in a big way when he was at high school. Hi friend was picked to do singing as his instrument, when the teacher realised he had a decent voice as well, andit has just gone on from there. 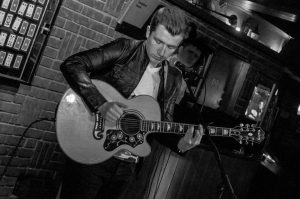