Welcome to your Full Scottish, from Inverness.

This week’s Full Scottish comes from the All Under One Banner march which took place in Inverness on Saturday. We followed the march through Inverness to the rally at Castle Heather Park.

Steven Cuthil was joined in the park by SNP MSP, Maree Todd and Green MSP, John Finnie,, to hear points of view from the Highland and Islands. 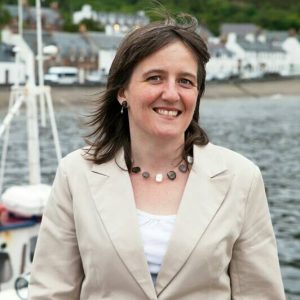 Marie Todd is from Ullapool and lives in Strathpeffer with her husband and 3 children. She has worked for most of her professional life as a pharmacist specialising in psychiatry – first at Craig Dunain then at the New Craigs Hospital in Inverness. Nearly 20 years on she still says she is fascinated by the people she meets and the stories she hears.

Maree is a postgraduate tutor by profession, so she is a keen advocate of continuing education and professional excellence. She uses VC technology to bring people together to learn from all over NHS Highland, as well as the Northern and Western Isles.

She has had a fairly active and varied role in her community – a brownie leader, an NCT antenatal teacher, a volunteer at the Ullapool book festival and a barmaid at the Helmsdale Highland games every year.

She campaigned hard for independence in 2014. As a member of NHS for YES, Maree debated with Alex Neil and Neil Findlay. She spoke at public meetings, wrote letters, leafleted and helped out on various YES stalls. Maree even took part in a short theatre piece and organised a Blossom Event with Lesley Riddoch. 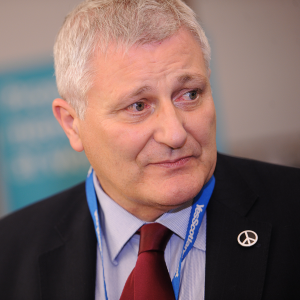 John Finnie is the Green MSP for the Highlands and Islands region. He is the Scottish Green Party spokesperson on Justice, Transport, Tourism and Rural & Island Communities and serves on the Justice Committee, the Justice Sub-Committee on Policing, and the Rural Economy and Connectivity Committee of the Scottish Parliament. John is a member of Amnesty International and Scottish CND, and a fan of traditional Scottish music and Hearts FC. He lives in Inverness.

John was born and brought up at Clunes, nr Fort William, attended Achnacarry Primary and Lochaber and Oban High Schools and worked at a variety of jobs before joining the police in Leith in 1976. During a 30 year police career, John served in Leith, at the single-officer station at Kirkhill, was a dog-handler and spent the last 14 years of his service as a full-time elected official of the Scottish Police Federation, retiring in 2006.

In 2007 John was elected as the Scottish National Party (SNP) Councillor for Inverness Ness-side Ward on Highland Council and shortly thereafter was elected as Leader of the 17 strong SNP Council Group. At the Scottish National Party’s October 2012 Conference the Party voted to overturn its long-standing opposition to membership of the North Atlantic Treaty Organisation (NATO) and, following this decision John resigned from the SNP designating himself ‘Independent’.

In October 2014, John joined the Scottish Green Party advising that, although he was remaining an Independent MSP, in the interests of openness and transparency he expects in public service, he was making his membership known.