A Survation poll has shown the SNP losing 12 seats at the next Holyrood election. Allowing for the usual caveats on opinion polls, do the SNP need to present a bolder vision for Scotland?

With 30,000 teachers hold a march and rally in Glasgow to demand a 10% pay rise, John Swinney has offered 3%,. In a statement to Parliament this week, Mr Swinney announced an independent review into P1 assessments and that the preparation for the assessments will continue to add to the evidence base the review. This was presented in the media as ignoring the will of parliament, with little mention of the parliamentary motion calling for the evidence to be reconsidered.

Glasgow Council women workers went on strike this week over their 12 yearlong equal pay dispute, but can the strike do anything to speed up the process of finding a settlement, or was this political posturing by the same unions who had let the women down over the past 12 years.

Is Universal Credit working for the poorest people in society, or is it doing what Ian Duncan Smith intended; to force people into the lowest paid work or face destitution (make work pay) and what effect is the two child cap having on child poverty.

Can austerity be over without a complete reform of the benefits system to ensure that no-one is left destitute? Will there be anything in the Westminster Budget to ease the pressure on the poorest in Society? What will the budget mean for Scotland and should Holyrood be faced with mitigating the worst of Westminster’s cuts without having full control of the Scottish economy.

A UK department of trade public consultation on trade with the US closes today. Who knew? The WTO has rejected the UK’s application to join on the same terms as the EU, so where does this leave the WTO No-Deal rhetoric of the Brexiteers?

What is happening in America, when a man can walk into a Synagogue in Pittsburgh and murder 11 people praying while shouting death to Jews and this in the same week as a racist shot two elderly black people in Kentucky and a Trump supporting terrorist sent pipe bombs to senior Democrats? How will the people of America respond in the mid-term elections? 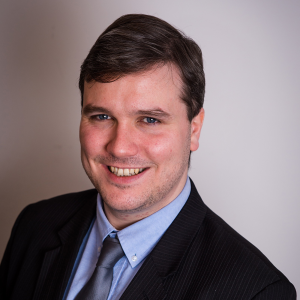 Tom Arthur was elected to the Scottish Parliament in May 2016 as the constituency MSP for Renfrewshire South. He is a member of the Economy, Jobs and Fair Work Committee; the Standards, Procedures and Public Appoints Committee; and convenes a Private Bill Committee. He is a previous member of the Health and Sport Committee and two Private Bill Committees. He has also served as Parliamentary Liaison Office to the Cabinet Secretary for Health and the Cabinet Secretary for Justice.

Born in Paisley in 1985, Tom was raised and educated in Barrhead where he attended Cross Arthurlie Primary and Barrhead High School, before going on to the University of Glasgow where he completed a BMus (hons) and MMus. After graduating, Tom worked as a freelance piano teacher and keyboar player, performing across Scotland. Having had a longstanding interest in politics, Tom first became politically active during the 2007 Scottish Parliament Elections before joining the SNP in November 2009. He lives locally with his wife and outside of politics enjoys reading, travelling and music.