There is just no escaping Brexit. Following Theresa May’s historic defeat in the House of Commons over the so called “meaningful vote” the PM returns to the House on Tuesday for the meaningful vote round two; not so much a Plan B, more of a Plan A −.

The past week has seen Theresa May making a show of meeting with other political parties, but there seems to be very little sign that she has listened to anyone except the DUP and her rebellious brexiteers. Her line still seems to my “My deal or no deal.” Amongst this uncertainty and chaos, we have seen more businesses announcing plans to relocate to the EU – even the BBC are having to open an office in Brussels to enable them to continue providing television services in the EU. On Friday the European Medical Agency closed it UK headquarters and relocated to the Netherlands.

All eyes are on Yvette Cooper’s Amendment to the vote on Tuesday, which will require the government to seek an extension to Article 50 if no Brexit deal has been agreed. What has Jeremy Corbyn had to say in all this? He refused to meet with Theresa May unless she took No Deal off the table, but is still being non-committal about supporting a “peoples vote” and seems to be lacking any sense of direction or purpose other than asking for a general election.

In all these meetings, votes and discussions, what has been said about Scotland’s future – apart from shut up and eat your Great British haggis? This ongoing cultural appropriation has offended many Scots and is a great worry to farmers and food producers who have spent years creating the Scottish brand as a mark of quality and excellence. The Keep Scotland the Brand campaign responded to the Defra poster saying “Where does one even begin with this…? Scotland’s heritage, Scotland’s culture, Scotland’s cuisine.”

We will not talk about the Alex Salmond court case, but we can express our disgust at the way it has been reported by some in the media, particularly the more virulent anti-SNP newspapers.

100 years ago on the 31st January 1919, Winston Churchill and the British Government deployed tanks and troops to Glasgow to put down the “rioting” WW1 veterans and workers who had turned out in their thousands to demonstrate for jobs and better working conditions. Will these Scottish working class heroes be commemorated by the media in the same manner as the media have spent the past four years glorifying the First World War? 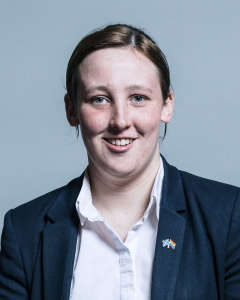 Mhairi Black has been the SNP Member of Parliament for Paisley and Renfrewshire South since 2015, when she defeated Labour Shadow Foreign Secretary Douglas Alexander. She was re-elected in June 2017. She is the current Baby of the House as the youngest member in the House of Commons. In parliament, Mhairi has proven to be a powerful orator and a fierce critic of the archaic procedures of the House of Commons and the outdated method of voting.

In her speeches and campaigning, Mhairi has fought hard for the rights of ordinary people affected by the government’s austerity policies, taking a strong stance on Universal Credit, the 2 Child Cap and it’s “Rape Clause” and has led on campaigning for the rights of the WASPI Women. 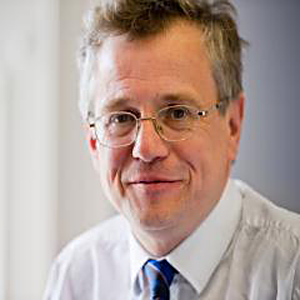 Murray Pittock is Pro-Vice Principal of Glasgow University and Bradley Professor of English Literature. He has worked at the universities of Manchester (where he was the first professor of Scottish literature at an English university), Edinburgh, Oxford, Aberdeen and Strathclyde, and has had or will have visiting appointments at the Centre for Advanced Welsh and Celtic Studies (2002), Charles University, Prague (2010), Trinity College, Dublin (2008), Auburn (2006), Notre Dame (2014), USC (2015) and Yale (1998/2000). He is a Fellow of the Royal Society of Edinburgh, the English Association, the Royal Historical Society, the Royal Society of Arts and the Society of Antiquaries of Scotland among other bodies. Murray’s books are set on courses in English, History, Irish Studies, theology and politics in around twenty-five countries, and he has been awarded or shortlisted/nominated for a number of literary and historical prizes and prize lectureships.