On the Full Scottish this week, presenter by Anne McLaughlin is joined by guests, Professor Kirstein Rummery and Kurt Bassuener, Senior Associate of the Democratization Policy Council.

From Tick Tock to Tick, Tick, Tick, Theresa May and the tories seem to have quietly replaced the clock they have been running down with a ticking time bomb, set to go off on the 29th March. Labour are almost complicit is it seems like that although they know where the time bomb is and when it is due to go off, but are unwilling to do anything about it because people voted to set off the time bomb in a referendum.

At least in the US, the opposition are opposing President Trump declaring a State of Emergency so he can get the money to build his wall, but will this move anger even traditional Republicans who see might see this as an abuse of the Constitution and the powers of the President. This looks as if it could go all the way to the US Supreme Court, unless the fallout from the Mueller investigations brings calls for impeachment across the party divide, as the revelations from the Manafort sentencing hearing bring the investigation closer to Trump’s front door.

With the US and UK so deeply engaged in naval gazing, Defence Secretary Gavin Williamson’s attempt at gun boat diplomacy backfired as he upset the Chinese who cancelled Chancellor, Phillip Hammond’s trade visit. The West seem to be misreading or ignoring world events which have the potential to have serious consequences to peace and stability in the world. Putin’s visit to Serbia one month ago passed almost without comment in the West, but along with the growth of the far-right in Europe, alarm bells should be ringing about the possibility on renewed conflict in the Balkans.

The EU move so slowly in dealing with these events and with member states focussing in dealing with Brexit and the rise of the far-right, they remain unwilling to condemn Spain putting Democracy on Trial in the Catalonian Referendum show trial and they seem to be missing the rise of Vox and Francoists.

Will the UK try to prevent Shamina Begum and other UK citizens who left to join daesh from returning to the UK, or will they accept their legal obligation to allow them to return and deal with them appropriately according to any crimes committed or abuse suffered. One thing is certain is that a lot of treatment and care will be needed to help them readjust to live in society, whether as part of any prison sentence or care for victims.

School-children across the UK went on strike on Friday, calling on politician to bring about real change now to prevent disaster in these young people’s future. Putting off until tomorrow, what needs to be done today will affect our children’s future. 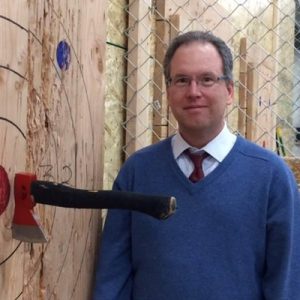 Kurt Bassuener is co-founder and Senior Associate of the Democratization Policy Council, under whose aegis he has published numerous policy briefs, papers, and studies, including two security risk analyses on Bosnia and Herzegovina (in 2011 and 2015). He has worked professionally on Bosnia and wider Balkan policy since 1997 and resided in Sarajevo in 2005-2016.

With Ambassador Jeremy Kinsman, he co-authored The Diplomat’s Handbook for Democracy Development Support, a project of the Community of Democracies. The third edition was published in Summer 2013 (http://www.democratizationpolicy.org/diplomats-handbook/). As the project’s Research Director, he authored or co-authored Handbook case studies on Belarus, Burma, Chile, China, Egypt, Ukraine and Zimbabwe.

He is currently a Fulbright scholar and PhD candidate at the University of St. Andrews. His ongoing research there focuses on the functional dynamics of postwar power-sharing in Bosnia and Macedonia – particularly how warlord politics are entrenched by such arrangements. His most recent academic publication is “A Durable Oligarchy: Bosnia and Herzegovina’s False Post-War Democratic Transition” in Sabrina Ramet, Christine Hassenstab, and Ola Listhaug’s “Building Democracy in the Post-Yugoslav States,” published by Cambridge University Press in May 2017.