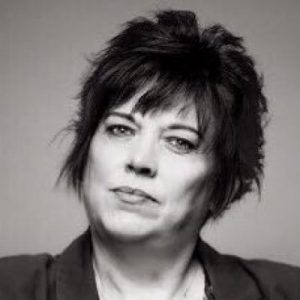 Corri Wilson presents this week’s Full Scottish and her guests are Maureen McGonigle from Scottish Women in Sport and Dr. Philippa Whitford MP.

As the SNP Conference starts in Glasgow this weekend, it open to the news of polls showing increased support for Scottish Independence and a 20% lead for the SNP in Holyrood voting intentions. While this will give a boost to the conference-goers, what do we expect or not expect to hear from conference? The conference starts the day after what was widely reported to be the largest ever march and rally for Scottish Independence happened in Edinburgh, with the size of the march being estimated at around 100,000 people.

This week was Women and Girls in Sport Week and this was debated in the Scottish parliament on Thursday. We will talk to Maureen McGonigle about what is being done and what needs to be done to encourage more women and girls to become involved in sport and importantly what are the barriers to participation.

Saturday saw Judge Brett Kavanaugh’s nomination to the US Supreme Court confirmed by 50 votes to 48 in the US Senate. What are the implications of this appointment for women in America and what does it say about the way US authorities views the testimony of survivors of rape and sexual abuse.

Join us for what has been described as the best political discussion programme from Scotland.

Maureen McGonigle is the Founder and CEO of Scottish Women in Sport which is a national equity charity launched in November 2013 to increase the profile and raise awareness of all areas of women in sport in Scotland. Its vision is for a Scotland where females of all ages, abilities, ethnicities and walks of life are participating in sport or physical activity; within a positive, equitable culture where their achievements are promoted and celebrate.

Chair of Scottish Sports Futures an organisation that uses the power of sport to empowers young people to make positive lifestyle choices. A member of the Board for The School of Social Entrepreneurs, which is a charity that supports people using entrepreneurial approaches to tackle complex social problems.

Maureen has been involved in sports administration for over 25 years. Executive Administrator of Scottish Women’s Football till December 2013, Maureen was the first female Scottish FA Council Member and Non-Professional Game Board member in football in Scotland. She is now the only Scottish FA female life member and is currently a member of the Scottish FA Judical Panel. 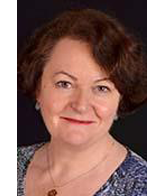 Dr. Philippa Whitford is a breast-cancer surgeon who was first elected to Westminster for the Central Ayrshire Constituency as one of the 56 in 2015 and was re-elected in the 2017 snap general election.

Early in her career, Philippa spent a year and a half as a medical volunteer in a UN hospital in Gaza. She spent the 2016 parliamentary recess travelling to the West Bank to operate on four women suffering from breast cancer, and visited the Gaza Strip to advise local hospitals on how to improve healthcare.