Welcome to your Full Scottish, from Barfil Farm in Crocketford in the heart of Dumfries and Galloway.

This week, The Full Scottish is on the road again, to bring coverage of the All Under One Banner march in Dumfries and the usual top quality in depth discussion, from Maggie Gordon’s Barfil farm in Crocketford in the heart of Dumfries and Galloway. Our guests on the programme are Amanda Burgauer, Chair of Scottish Rural Action, Calum Kerr, Former SNP MP, Richard Arkless, lawyer and former SNP MP and Maggie Gordon.

Amanda Burgauer lives in the southernmost part of South Lanarkshire, in the Lowther Hills. She’s a member of the Lanarkshire LEADER Local Action Group and is Treasurer/Director at Wiston Lodge, a charity that supports children and young people. Amanda is passionate about rural affairs and the need for vibrant, sustainable rural communities, and is active in local broadband initiatives as well as local democracy and land reform. Amanda was involved in the first workshop in Edinburgh that sought ideas from others in the European Rural Movement and has attended both Scottish Rural Parliaments since, becoming Chair of Scottish Rural Action in February 2016.

Calum Robert Kerr was the Scottish National Party Member of Parliament for Berwickshire, Roxburgh and Selkirk from 2015–2017. During his tenure in Parliament, he was the SNP’s Environment and Rural Affairs spokesperson in the House of Commons. Calum has now returned to working in the telecoms industry. 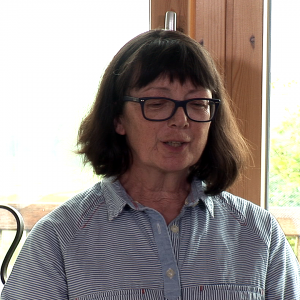 Maggie Gordon is the owner of Barfil Farm in Dumfriesshire, a volunteer for Scottish Rural Action and a community activist. Maggie is a lover of the arts and a member of the Feral Choir. 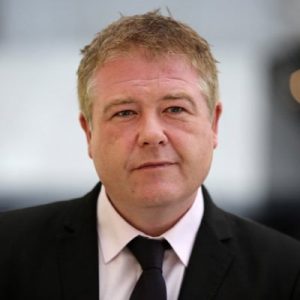 Richard Arkless was born in Stranraer in 1975 then raised in East London before his family returned and bought a small hotel, which they renamed the ‘Arkhouse Inn’. He was first in his family to go to University and studied Financial Services at Glasgow Caledonian University, followed by an LLB Law at Strathclyde and the Diploma in Legal Practice. After qualifying he worked as a solicitor in Consumer litigation in Cheshire. He continued to work for the firm when he returned to Stranraer.

Richard stood for the SNP at the 2015 UK general election, receiving 23,440 votes, 41.4% of those cast, winning with a majority of 6,514 votes.[2] He defeated Labour’s Russell Brown, who had held the Dumfries and Galloway seat since its creation ten years prior in 2005.